I Baked A New York Times’ Recipe, and Here’s What Happened 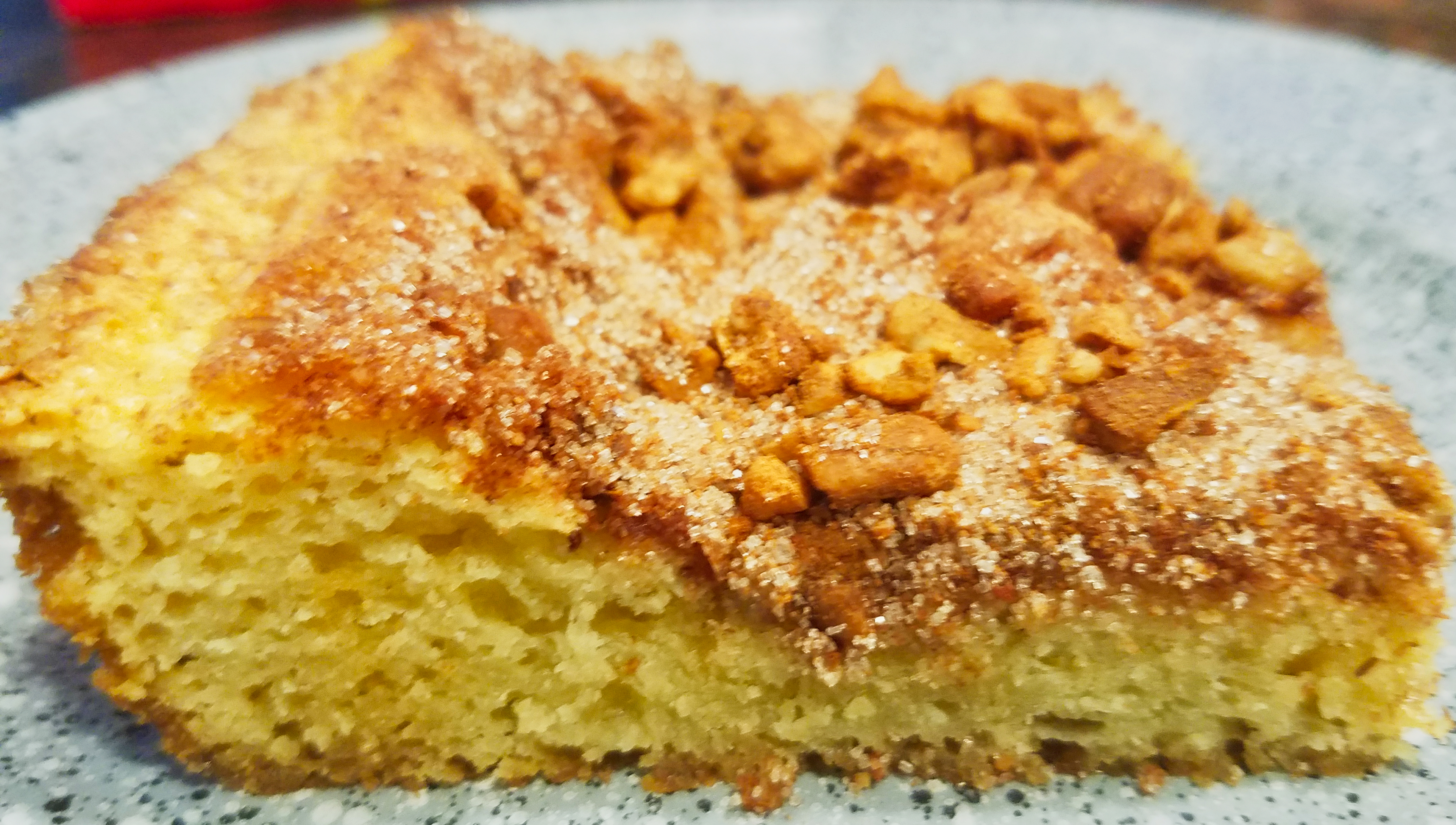 The New York Times has a wonderful cooking section.

At least, they have a wonderful cooking section on their Web site: https://cooking.nytimes.com

On their site, you’ll find hundreds, maybe even thousands, of recipes.  Unlike some other sites, a number of World cuisines are represented.

The site is $40 for a year’s subscription, but there’s a little hack.

And you can view and print those recipes for free.

So if you’re a frug–er, a thrifty gourmet, you can get a number of recipes for free.

For the past few weeks, I’ve been trying a number of recipes.  With one exception, they’ve been great.

Yesterday, I cooked the exception.  Late on Friday night, I decided to cook their Sour Cream Coffee Cake.

I’m familiar with Sour Cream Coffee Cake, as there’s a famous deli and bakery in Ann Arbor that does a fantastic version.  Their version is a bundt cake, with a ribbon of cinnamon sugar and nuts running throughout the middle.  It’s delicious, particularly with a cup of strong, black coffee.

I was eager to try the Times’ version.  The recipe is straightforward, and you can have a hot coffee cake in about an hour.

You begin by creaming the butter and sugar together, adding the eggs and vanilla.

The dry ingredients are mixed in a separate bowl, then slowly added to the butter mix, alternating with portions of the sour cream.

Once everything has been incorporated into the bowl, the batter is done.

And here’s where the recipe went a bit awry.

The recipe also calls for a topping made from sugar, cinnamon, nuts, and a touch of flour.

I followed the recipe, baked the cake.  The kitchen smelled of cinnamon and baking goodness.

When I woke up the next morning, I ground a portion of my dwindling supply of Kona beans, and made a pot of coffee.

Once it was done, I poured a big mug of this delicious, rich, robust coffee, and cut a generous square of the coffee cake.

And was a bit underwhelmed.

The cake itself was delicious.  It had great flavor.  It was moist.  It had a beautiful crumb ( I mean, look at that picture!), and a lighter consistency.

But it was pretty thin.  It was perhaps 3/4″ thick in the middle, and maybe an inch overall on the sides.

Additionally, the topping was crunchy.  Normally a good thing, but in this case the sugar didn’t melt/caramelize in the oven.

So there was a bit of graininess from the raw granulated sugar.

Perhaps it’s simply a matter of taste, but it seemed a bit amateurish to me, a less-than-elegant baked good.

So here’s how I would improve it, and intend to the next time I bake it.

First, I’d use either a bundt pan, or a 8 x 8 square baking pan.  The use of these smaller pans will result in a thicker, more substantial cake.  In my opinion, you want this cake to be thicker; ideally, you want it to be 1 1/2″ thick or better.

Second, I’d make the topping differently.  Rather than simply mixing the topping ingredients is a separate bowl, I’d melt two tablespoons of butter in a small frying pan.  Once it was bubbling, or even a bit browned, I’d stir in the granulated sugar.

I’d cook the sugar until it was thoroughly melted, and well-browned.  At that point, I’d stir in the cinnamon, and quickly incorporate it into the caramel.

Once that was done, I’d add the crushed pecans, and a touch of salt, rather than the flour indicated in the recipe.  I’d stir the pecans until well-coated, then spread the hot, caramelized cinnamon pecans on top of the thicker batter, and bake.

I’m sure there’s some tradeoff on cooking time, so you will need to watch it carefully.

But I suspect the end results will be deliciously worth it.

If you try this recipe, either with our without my improvements, please leave a comment, and let me know what you think. 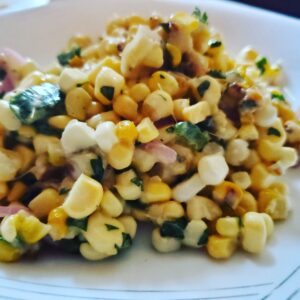 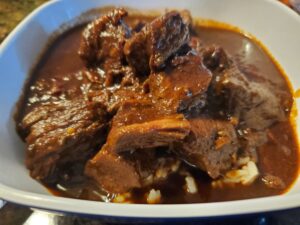 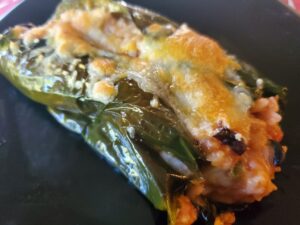