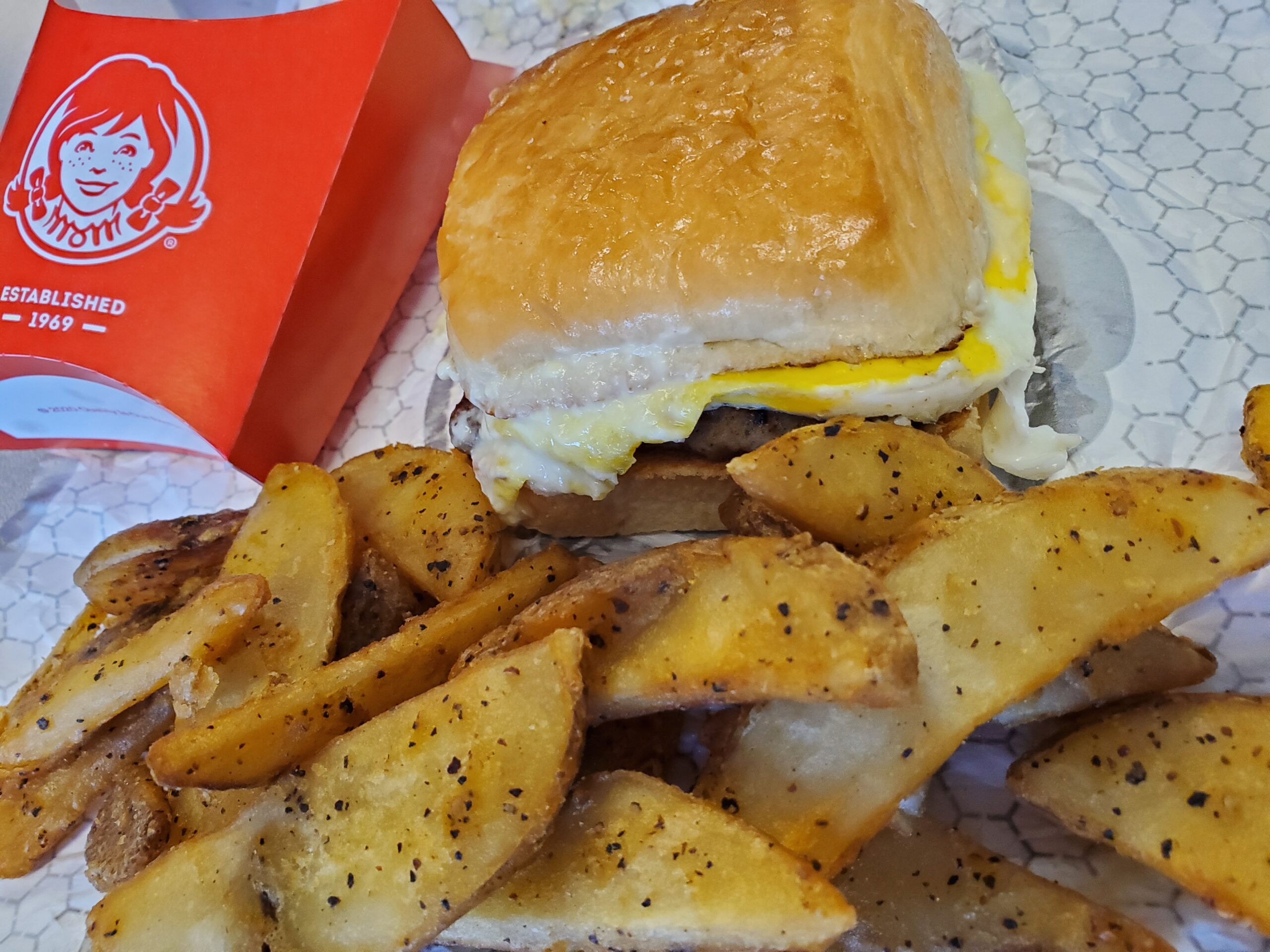 On March 2nd, Wendy’s began a national rollout of its new breakfast menu.

If that seems a bit odd to you, you probably live in the upper Midwest, where many Wendy’s stores are co-located with Tim Horton’s (or T-Ho’s, as the cool kids call it).

That co-location seemed a reasonable marriage, as T-Ho’s is known primarily for donuts and coffee, although it serves sturdier fare, while Wendy’s has been known as a better class of fast food lunch and dinner.

Not much overlap, so a good way to spread the overhead of a building.

That may be at risk now, with Wendy’s entry into the Breakfast Wars.

Wendy’s has tried breakfast before, four or five times, to be exact, but they seem more committed this time around.

For one thing, it’s a national, rather than regional, rollout.

For another, the advertising campaign is aggressive.  #BreakfastBattle, anyone?

Finally, it’s not a copycat menu.  It seems like Wendy’s really tried to create their own space here.  I applaud that effort to stand out.

I didn’t try to eat my way through their entire new menu.  As Colonel Jessup says in A Few Good Men, “I have neither the time, nor the inclination.”

Braver folk than I, ones who work from home and can sneak in a nap, can review that monster for you.

I have tried two of the menu options, to get an idea of how the new breakfast offerings rank.  I ordered these because they resemble what I might normally order for a fast food breakfast, so I have some basis for comparison.

Here’s what I found – 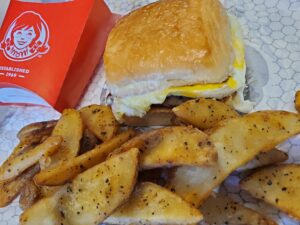 The first combo I tried was the Sausage, Egg, and Swiss Croissant.  Like most combos, it comes with the sandwich, a starch side, and a drink.  I chose black coffee, and the breakfast potatoes.

Wendy’s has leaned into its image with this sandwich.  The sausage patty is square, like its burgers.  But unlike the burger buns, the croissant is square as well.  While it doesn’t add anything to the taste, it does remind you that you are eating a breakfast sandwich from Wendy’s.  I think its a nice touch, a nod to their image.

In addition to these two elements, the sandwich also has a “fresh cracked egg” and Swiss cheese sauce.

Let’s start with the obvious.

This sandwich tastes better than any breakfast sandwich offered at T-Ho’s.  Or any other fast food restaurant.

So if you’re wondering where to order your breakfast combo, Wendy’s is the right choice.  The sandwich is delicious, vaulting to the top of the breakfast sandwich taste rankings.

The sausage is nicely spiced, but not overwhelming.

The fresh, real egg is squarish, thinner, with a broken yolk.  It’s far, far better than the premade egg circles used by other chains.  It tastes like a real egg.

The swiss cheese sauce has the nutty flavor of Jarlsberg.  It is a big difference from a slice of American, with a great deal more flavor.

The croissant is interesting.  It’s not a biscuit, english muffin, or bun, the usual bread choices for breakfast sandwiches.  It’s something new, and while it’s a stretch to call it a croissant, it does taste buttery, and it has a layered consistency.  It’s not a croissant; it’s more the idea of a croissant, in fast food bun form.  It’s pretty darn good.

The breakfast potatoes are a changeup as well.  Rather than the deep-fried hash browns we are accustomed to, Wendy’s pivoted into a less processed choice.  These skin-on sliced potatoes are generously seasoned with garlic and black pepper, and cooked crispy on the outside, tender on the inside.  It’s a big change for me, as the hash brown is one of my favorite parts of a breakfast combo.  These taste good, but they aren’t hash browns.  That difference might take some getting used to.

Overall, I’d give this combo an “A”.  It’s a solid choice for breakfast.

The second combo I tried was the Honey Butter Chicken Biscuit.

Let’s start with the good news.  This biscuit is great.  It might be the best of the fast food biscuits, a Southern-style flaky biscuit.  It also holds together well, resisting the crumbling of some drier fast food biscuits.  Frankly, a couple of these on their own, and a cup of coffee, might be just the ticket some days, particularly if they came with some really good jam.

I don’t see this as an option on their menu, but Wendy’s should really consider this.  At present, you can get a solo biscuit topped with sausage gravy, or topped with the Maple Honey Butter used in this sandwich.  A jammy third option would be great, and probably work well for families with kids.  Wendy’s – I give you this idea for free, but if you really want to send me some free breakfast coupons, well . . . you be you!

But back to the sandwich – the biscuit is generously buttered with Maple Honey Butter, and a chicken breast is inserted as the star.  I found the chicken breast to be a bit disappointing.

Popeye’s Chicken Sandwich has really raised the bar on what’s possible with fast food chicken.  It’s raised my expectations, and I believe that’s what is at work here.  This thin breast patty is crispy, but the meat inside the breading has a chopped consistency, so the overall texture is more of a pre-formed patty shaped like a chicken breast, than an actual chicken breast.

It feels like a giant chicken nugget on a biscuit.

It’s not as satisfying an experience, although the overall flavor is good.

It’s more a case of wondering what might have been, if the sandwich had an actual piece of chicken breast.

For the second day in a row, I had the breakfast potatoes.  They’re growing on me.  They are more substantial than a hash brown, and feel more like real food.  I think the key to these is how fresh they are.  If they’re straight from the fryer, hot, crispy and good, it’s an upgrade to the breakfast side. But if they sit a while, I can see these getting soggy, becoming less interesting.  As long as the stores keep the QC up for these, I think I could get used to them.  Perhaps even prefer them.

This combo is a “B-“, for what that sandwich could be, if you put a great piece of chicken inside that great biscuit.

Finally, can we talk about another critical part of breakfast?

I’m speaking, of course, of coffee, the universal morning beverage, even for those that don’t order breakfast.

For those co-located stores, this is a real challenge, as T-Ho’s is known for their great, strong coffee.  My day usually starts with a large dark roast, black.

So how does Wendy’s coffee compare?

Let me start by saying I don’t think I have ever ordered coffee at a Wendy’s before.  Since I’m usually only there for lunch, my beverage of choice is usually something from their Carbonated Beverage Wheel of Fortune Dispenser.  This machine alone is a reason to visit Wendy’s, and to my knowledge they are the only chain with these in the lobby.

But you can’t start your day with a Coke, unless you live in the South.

For the rest of us, it’s coffee.

So while I don’t know if Wendy’s upgraded their coffee for the new breakfast push, I can tell you it’s my first experience with their coffee.

I found it . . . okay.  This might be the only place on the menu where they played it safe.

The coffee tastes better than most diner coffee, avoiding that cheap canned taste and the thin, watery consistency.

It’s a medium roast blend, so not as dark as I like, but it probably has a higher caffeine kick than my usual dark roast.  The medium roast is a bit milder in taste, although both times I found the coffee to be more bitter as I got to the bottom of the cup.  There’s a few grounds in the cup, too, so perhaps a bit finer grind than necessary?

I’d rank it a step below Tim’s, better than the King’s, and roughly equal to that of the Arches.  Definitely on the good end of the fast food spectrum.

I can’t see myself hitting a Wendy’s drive through just for a coffee, but this is an acceptable add to your morning breakfast combo routine.

Should you change up your routine, and give Wendy’s a shot?

Absolutely!  I think you’ll be please with any traditional (bacon or sausage) breakfast sandwich you get on a croissant or biscuit.  I’m not a big fan of the chicken, but your mileage may vary.

And if Wendy’s ever decides to serve those biscuits plain, with a side of some good blueberry jam, or orange marmalade?

Well, you’ll know where to send your thanks. 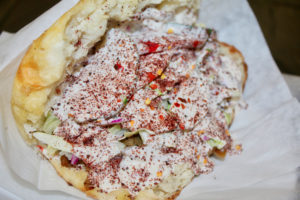 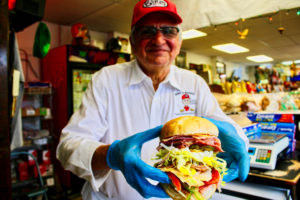